Champions of the Flyway 2019

Posted by samanous on March 6, 2019
Posted in: General. Leave a comment

Champions of the Flyway is an annual international awareness and fundraising campaign to support bird conservation issues of utmost importance. It is comprised of a month long+ media frenzy followed by a Bird Race (e.g. Birdathon, Big Day) in Eilat, Israel. The Champions of the Flyway bird race is staged as part of the Eilat Bird Festival by The Society for the Protection of Nature in Israel (BirdLife’s national Partner in Israel) and is a BirdLife International Migratory Birds & Flyways Programme initiative.

In 2019, the initiative is supporting Vulture conservation in Africa as populations have been on a landslide for the past 30 years and many species are at risk of extinction in the near future. For the first time, Champions is joining forces with an African Birdlife partner – Nature Kenya. Visit Champions of the Flyway for more information, or to sponsor one of the 23 teams racing for conservation in 2019. Among them, Canada’s first and only team, The Canucks (pseudonym for Anous), are joining this incredible effort. Follow along on social media through #COTF19, #FlywayChampions, #GoVultures, #LoveVultures, or #TeamCanucks!

Parts of a Lappett-faced Vulture

Intertwined within the Bird Race component is a head to head Big Day competition like non-other. Despite being hailed as the world’s greatest and friendliest bird race on earth, we have found it surprisingly difficult to find decent intelligence about Strategy, Routes, Timelines, Past Attempts, Big Day Trip Reports, Big Day Magic, and Big Day Blunders.

We have therefore begun to compile a Repository of Champion’s of the Flyway Intelligence. Full disclosure: While we are seasoned Big Day aficionados, we have 0 COTF experience, so everything posted here is either stuff we’ve found, been given, or dug out of  old shoe boxes. ENJOY.

Posted by samanous on December 24, 2018
Posted in: General. Leave a comment

The Christmas Bird Count is North America’s oldest standardized census providing valuable information on the early winter distribution and abundance of birds. It is also a vital outreach, education and birder/naturalist recruitment tool, and a proud holiday tradition. For more information visit https://www.birdscanada.org/volunteer/cbc/.

The 69th Long Point Christmas Bird Count took place on 15 December. The count covers a ~24km circle centred on the lighthouse south of St. Williams, ON. Fifty-six birders counted 32,230 birds of 119 species. This is slightly above the long-term average of 28,201 of 103 species, but below the recent decade average of 47,518 owing to an early freeze up of the Inner Bay which caused most waterfowl to disperse. The average number of birds counted at Long Point has grown consistently over the decades from 10,375 in the 1960’s to 47,518 in 2010-2019. Since the count began in 1961, volunteers have contributed more than 8,000 hours counting more than 1.5 million birds of 226 species.

Generally mild conditions leading up to the count kept Long Point’s Inner Bay, Big Creek, and most waterways free of ice. Count Day was overcast with temperature ranging from 3 to 6 C, and chilly north-east winds averaged about 30 km/h gusting to 60 km/h later in the afternoon which made for challenging conditions in some areas.

The general sentiment among teams was that it was slow bird wise as evident by lower numbers of most bread-and-butter winter songbirds (see below), but almost every team had higher than average diversity and a few interesting observations.

The coveted Bird of the Day prize was given to Brett Fried for discovering a Western Kingbird (new for the count) at Turkey Point. Western Kingbird was new for the Long Point count this year, the 9th for Canadian CBC’s, and the first for Ontario. The runners-up were Ross and Graham Wood for discovering a Northern Waterthrush in Port Rowan. Pictures of both are available on the eBird checklists listed below. 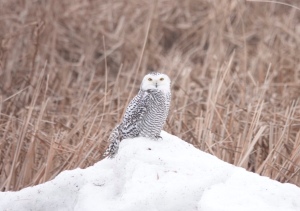 Red-necked Grebe – The thirteenth of the Long Point CBC and the first since 2011.

Red-throated Loon – Third for the count and the first since 1994.

Red-shouldered Hawk – One wintering bird in the Big Creek Valley.

Snowy Owl – One at Turkey Point.

Red-bellied Woodpecker – Highest ever count of 83.

Pileated Woodpecker – Highest ever count of 19.

Woodpeckers – High numbers, but not records, for all species, possibly a consequence of Emerald Ash Boer.

Wild Turkey – Only 19 recorded which is the lowest Count since 2001.

Sparrows – Most typically abundant ‘winter’ sparrows were below their long-term average likely due to no snow cover.

Expected winter finches were present, but not overly abundant.

Oregon Junco – near Walsingham, ON.

Golden Eagle – near Walsingham, ON.

Common Raven – near Walsingham, ON.

Posted by samanous on June 2, 2018
Posted in: General. Leave a comment

It’s always fun to try and predict the next bird to be added to the checklist, and usually fail doing so.  Now that the checklist includes more than 81% of the species ever recorded in Ontario, the ‘next’ game is getting a little tricky, but there are still plenty of options, many low hanging fruit, and some more ambitous reaches. The complete Long Point Checklist can be found here: https://www.bsc-eoc.org/longpoint/index.jsp?targetpg=lpbolist&targetpg=lpbolist (needs updating to reflect 2018 additions).

Predictions in no particular order as of April 2018 (send your predictions to anousbirding@gmail.com):

Hermit Warbler (should already be on, needs to be resubmitted to OBRC)

Chihuanuan Raven (is already on Long Point checklist, but needs to be resubmitted to OBRC)

Posted by samanous on October 12, 2016
Posted in: General. Leave a comment

A more comprehensive account of the day including the planning, scheming, and list of eBird checklists is available here https://anousbirding.com/anous-big-days-2/

Posted by samanous on January 8, 2016
Posted in: General. Leave a comment

A photo of Brother Attia was featured prominently in a recent article about birders searching for a Redwing on Vancouver Island and a Siberian Accentor in Surrey. Well, some were searching, others were waiting for someone else to find it.

If you scroll to the last picture, you’ll see an Anous sticker proudly displayed on the tripod in the foreground. 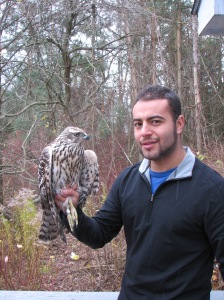 Posted by samanous on November 29, 2015
Posted in: General. Leave a comment

Read about the 2nd (or 3rd? – but only one better has been officially submitted) highest BIG DAY total in North America! 271 species in Texas on April 18, 2015.

Posted by samanous on December 15, 2014
Posted in: General. Leave a comment

Posted by samanous on October 3, 2014
Posted in: General. Leave a comment 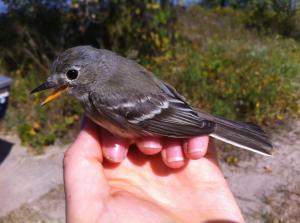 Posted by samanous on January 14, 2014
Posted in: General. Leave a comment

Posted by samanous on December 3, 2013
Posted in: General. Leave a comment 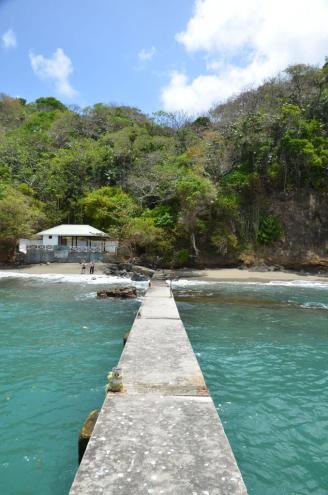 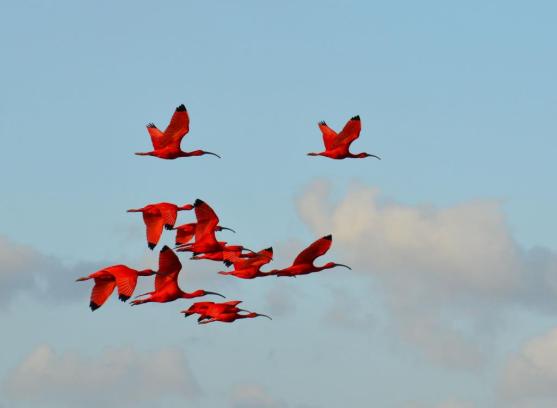